How about a nice hot toddy?

How about a nice hot toddy to finish off the year?
Naturally, the recipe found here will contain green tea, but it's only one of countless variations of this drink.
You'll need:2 slices fresh ginger
8oz freshly brewed green tea
1 TBSP honey
1.25 oz brandy
Peel the ginger slices (easier than peeling the whole root) and place in the bottom of a 10-12 oz cup or mug. Add 8oz freshly brewed green tea. Dissolve the honey and add the brandy. Garnish with the lemon slice (I float it in the tea for maximum lemon flavor)
Yield: one toddy
The best green tea for the job? Hard to say exactly because there are so many fine choices in my shop. I think Makaibari Green or Young Hyson would be good choices to start with. Both are affordable and delicious.
Available here:
http://www.sensibiliteasonline.com/teagreen.html
For a 10% discount on your next green tea order (limit one use only) mention that you saw this recipe on this blog (or add blog123108 to the online order form for online orders)
Where did the term hot toddy come from anyway? Most folks don't know (or really care, I guess) but having spent man 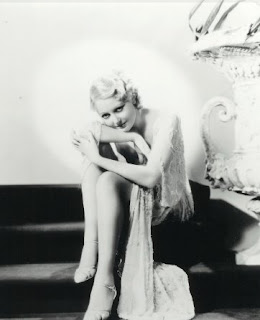 y years in the entertainment industry, often researching the sordid lives of celebrities, I know the answer to this one. The hot toddy was named for silky Hollywood actress Thelma Todd. Perhaps you've seen her in ``Horse Feathers'' or ``Monkey Business''. Thelma, recently divorced from reputed mobster Pat DiCicco, was found face down in her Packard in Hollywood, the victim of an apparent accidental carbon monoxide poisoning. Pat is reported to be one of the last people to see her alive that night. Some say murder, some say accident while others maintain suicide. Perhaps we'll never know. Some say her ghost still haunts Hollywood today. So bottoms up and hats off to Thelma Todd, the original hot toddy!

``Life isn't worth the candle. While we're here we should laugh, be gay and have fun.'' 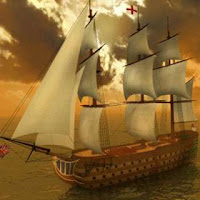 Anyone researching this company would quickly come to learn that the East India Company of the 17th and 18th centuries was the most successful, powerful, and perhaps most ruthless multinational company in the world. At its height, it controlled the lives of more than 20% of the world's population.

l forceses in India. The company was responsible for the devastating influx of Opium to China, which eventually led to the Boxer Rebellion. And it was the ships of the East India Company that carried the tea that was dumped during the infamous Boston Tea Party, which, of course, later led to the independence of our country. The United States flag was based on the design of the John Company's flag.
Posted by teasmith at 12/31/2008 12:22:00 AM No comments:

So what's brewing at SensibiliTeas? 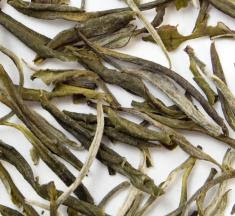 Recently, we have greatly expanded the variety of teas available on the website. In the shop, we have also expanded our Pu-Erh tea line, added more flavors to our yerba mate blends (mint, spicy ginger, citrus, mango, tiramisu, and yes ... even coffee), and will be adding more flavors to the honeybush line (chocolate, orange, vanilla, hazelnut, apricot). We have even added rare yellow teas to our expansive collection.

What's a yellow tea? Like a white tea, the leaves are washed, steamed and dried. White tea is dried quickly while yellow tea is dried slowly. This make a tea richer in flavor than a white tea, yet still softer than a green tea. The two yellow teas we currently carry are Sparrow's Tongue (pictured here) and Huang Shan Huang Ya.
Both are phenomenal.

We also introduced a couple seasonal blends this year that we now, due to their popularity, plan to carry throughout the year (to the best of our ability). However, the names White Christmas and Noël may be silly names for tea I'll serve all year. So... we're running a contest through 01/30/09. Submit your name suggestion for the teas, and if your idea is selected, you will win 2 ounces of that tea! Please specify the tea for which you have submitted a suggestion.
Posted by teasmith at 12/31/2008 12:03:00 AM No comments:

Welcome to the SensibiliTeas blog

Welcome the the SensibiliTeas blog.
This blog has been created to help answer any questions you may have about the history, origin or health benefits of tea. All questions will be answered as soon as possible. All comments are welcomed.
Posted by teasmith at 12/30/2008 08:26:00 PM No comments: