The forecast is .... ICED TEA WEATHER!

What healthy beverage quenches your thirst better than an iced cold glass of iced tea? Did you know that freshly brewed iced tea contains more that 10 times the antioxidants than store-bought ready to drink iced teas? And it only takes about 3 minutes to make any kind of iced tea your want! 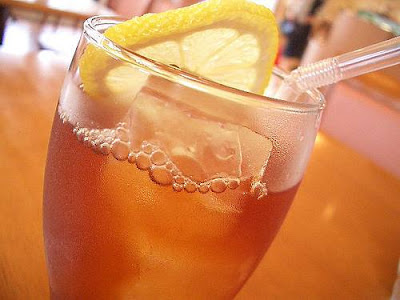 What's Your Beverage Doing for You? -- Part 3

Obesity rates are staggering — it’s estimated 66% of Americans are overweight and liquid calories are part of the problem. Guzzle a 20-ounce bottle of Pepsi (or two 20-ounce bottles of Vitamin Water or Gatorade) and it will cost you 250 calories. Order that Starbucks Venti Caramel Macchiato and you’re looking at 405 calories!

Although, loaded beverages can be a delicious occasional splurge (I admit it!), when it comes to managing your weight, remember to account for those calories and moderate your intake.

Consider this: Trim 500 liquid calories from your daily diet and you’ll save 3,500 calories a week. That’s potentially ONE pound lost per week and more than FIFTY pounds lost at the end of the year!

Follow these three tips to avoid packing on the pounds:

1. Think before you drink
Be mindful of beverages loaded with caloric ingredients — sugar, corn syrup, fructose, milk, cream, syrup, special flavoring and even fruit juice. When it comes to managing your weight, calorie-free water or freshly brewed unadulterated tea
will always be your best bet .

2. Calculate the “total calories” you’ll be drinking — not just one serving.
Many beverages list calories per serving, but pack 2 or more servings into each bottle. Make sure you look at the serving size… and calculate how many servings (and total calories) are included in one container.

3. Healthy drinks can also pack on the pounds
Just because a product claims to be “all natural,” or contain “no refined/added sugars,” doesn’t mean it’s calorie-free. For example, 100% fruit juice and fruit smoothies are filled with nutrition but also often high in calories. If you’re watching your weight you are better off eating fruit versus drinking it.

What's your beverage doing for you? Part 2

According to Reuters, the study that appears in the journal Cancer Epidemiology, Biomarkers & Prevention, found that individuals who drank two or more non-diet sodas each week had an 87% higher risk of being among those who got pancreatic cancer.

Researchers studied more than 60,000 men and women in Singapore for a period of 14 years for their results.

It is believed that the sugar in soft drinks may be to blame for the high incidence of the cancer since the insulin the body uses to metabolize sugar is made in the pancreas.

"The high levels of sugar in soft drinks may be increasing the level of insulin in the body, which we think contributes to pancreatic cancer cell growth," the study’s lead author Mark Pereira said.

The American Cancer Society reports that there were 42,470 new cases of pancreatic cancer last year and 35,240 deaths from it.

What's your beverage doing for you? Part 1 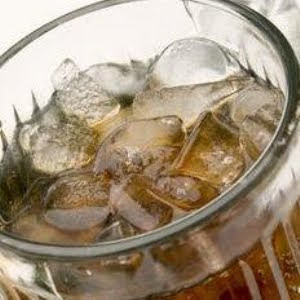 You know it's bad for you, but you drink it anyway. Let's take a closer look at what that soft drink does to your body.

* In The First 10 minutes: 10 or more teaspoons of sugar hit your system. This is 100% of your recommended daily intake. You don’t immediately vomit from the overwhelming sweetness because phosphoric acid cuts the flavor allowing you to keep it down.
* 20 minutes: Your blood sugar spikes, causing an insulin burst. Your liver responds to this by turning any sugar it can get its hands on into fat.
* 40 minutes: Caffeine absorption is complete. Your pupils dilate, your blood pressure rises, as a response your livers dumps more sugar into your bloodstream. The adenosine receptors in your brain are now blocked preventing drowsiness.
* 45 minutes: Your body ups your dopamine production stimulating the pleasure centers of your brain. This is physically the same way heroin works, by the way.
* In less than 60 minutes: The phosphoric acid binds calcium, magnesium and zinc in your lower intestine, providing a further boost in metabolism. This is compounded by high doses of sugar and artificial sweeteners also increasing the urinary excretion of calcium.
* In less than 60 minutes: The caffeine’s diuretic properties come into play. It is now assured that you’ll evacuate the bonded calcium, magnesium and zinc that was headed to your bones as well as sodium, electrolyte and water.
* In less than 60 minutes: As the rave inside of you dies down you’ll start to have a sugar crash. You may become irritable and/or sluggish. Likely, you’ve also now, literally, pissed away all the water that was in the Coke. But not before infusing it with valuable nutrients your body could have used for things like even having the ability to hydrate your system or build strong bones and teeth.

This will all be followed by a caffeine crash in the next few hours. (As little as two if you’re a smoker.) But, hey, have another Coke, it’ll make you feel better.

This is not a slam against only Coke. It’s against the dynamic combo of massive sugar doses combined with caffeine and phosphoric acid -- things which are found in almost all soda.

So how about a nice glass of sugar-free, antioxidant rich iced tea ... it only takes three minutes!

Bono, main vocalist of the highly successful Dublin-based rock band U2, turns 50 today! Born and raised in Dublin, it's natural to find that Bono's favorite beverage is tea! 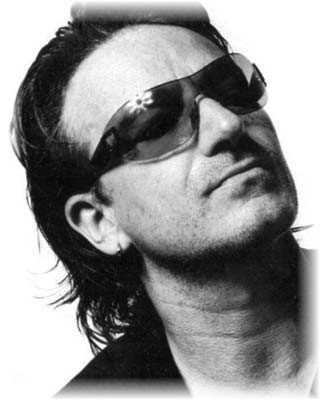 Outside his work with the band Bono is also widely known for his activism concerning Africa, for which he co-founded DATA (Debt, AIDS, Trade, Africa) EDUN (a socially conscious clothing company, the ONE campaign (an organization which aims to increase government fund for and effectiveness of international aid programs) and Product Red (a brand that partners with companies willing to donate proceeds to global funds). He has organized and played several benefit concerts and has met with influential politicians to seek support for his concerns. He has been nominated for the Nobel Peace Prize, was granted an honorary knighthood by Queen Elizabeth II and was named Person of the Year by Time Magazine in 2005, along with Bill and Melinda Gates, for his work promoting justice and equality.

Other Bono bits:
Bono's favorite foods are caviar and fish n' chips, his favorite drinks are tea, Jack Daniels, and wine, and his favorite color is amber.
(Wonder if he knows the perfect tea with fish n' chips is Longjing or Gunpowder ...)
As a child he was a chess champion.
The natural color of his hair is red.
He is fluent in English, Italian and Spanish and also knows some Gaelic.
Bono credits watching The Secret Policeman's Ball in 1979 as being his inspiration to get involved with charity work.

Do you believe world peace can begin with a cup of tea?
I'm not sure, but I think it's a great start.
I'll put the water on and give Bono a call.